Rep Deborah Ross: Your Voters Demand Medicare for All! 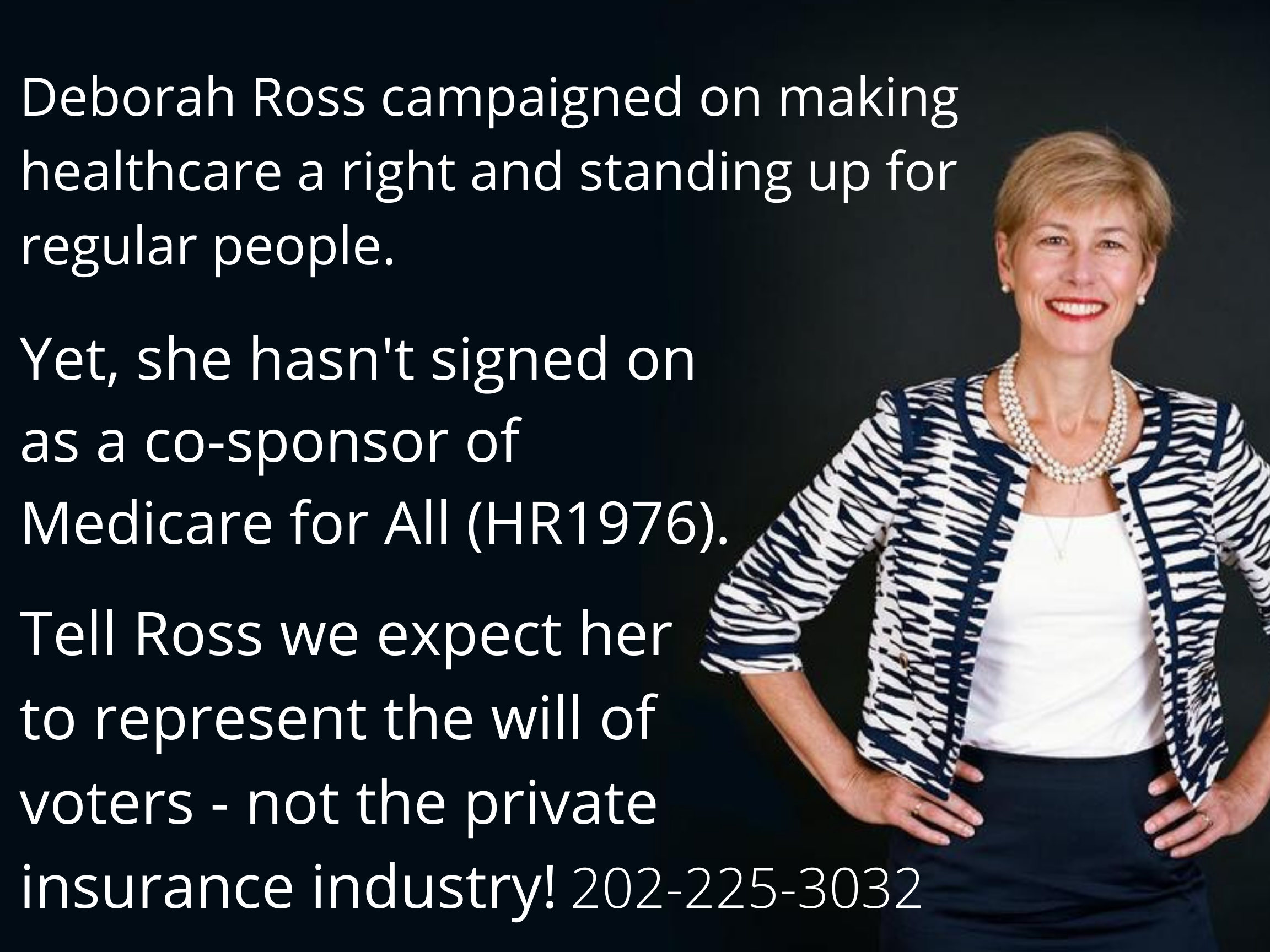 We don't want a return to "normal." Despite spending nearly double what other industrialized countries spend per capita on healthcare, over 87 million of our people are either uninsured or underinsured, meaning they avoid going to the doctor or filling meds because of cost.

We will no longer accept a system that puts profits before people and causes needless suffering and death! The time is now for a single-payer program that expands care universally and equitably with no cost barriers.

We urge Congresswoman Deborah Ross to make good on her promise to champion healthcare as a human right by cosponsoring and working to pass the Medicare for All Act of 2021 (HR 1976).

The North Carolina Medicare for All Coalition and the undersigned Constituents, Community Leaders, and Organizations

(Send an email to [email protected] to sign on as an organization).