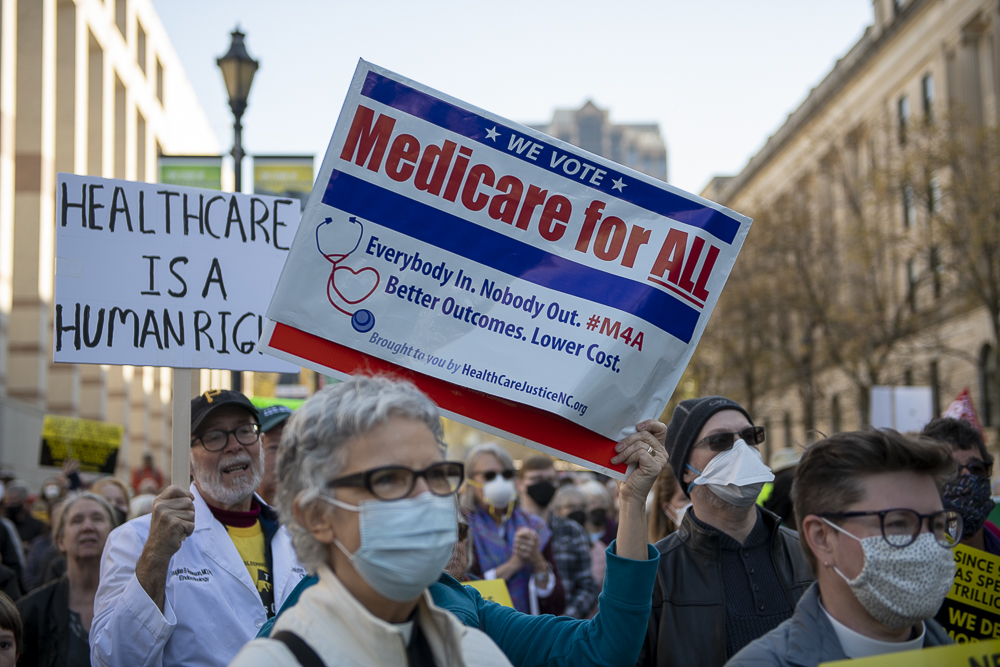 “Our current profit based healthcare system is not working for the vast majority of people,” says Rebecca Cerese, a health policy advocate and one of the founding members of the NC Medicare For All Coalition. “We are spending $12,530 per person, almost double what peer countries spend, and yet we still have about 90 million people who are inadequately insured. The US also has worse health outcomes than other countries, with our life expectancy continuing to decline and some of the worst maternal and infant mortality rates in the developed world. We need to transform our healthcare system now, and end the unnecessary suffering and death.”

A recent study published in Proceedings of the National Academy of Sciences USA, says that from the pandemic’s beginning until mid-March 2022, universal health care could have saved more than 338,000 lives from COVID-19 alone. The U.S. also could have saved $105.6 billion in health care costs associated with hospitalizations from the disease—on top of the estimated $438 billion that could be saved in a non pandemic year.

“The current healthcare system in the United States is not fiscally sustainable. The United States spends far more of its GDP towards healthcare than Canada and Western European countries. What Canada and the Western European countries have in common is a universal health care system that assures access to affordable healthcare,” says David McCole, a NC CPA with decades of experience in the field of finance. “I applaud the NC Democratic Party for supporting the fiscally responsible approach in dealing with our rising healthcare costs.”

America’s profit based healthcare system is also causing major financial issues for American families. A recent report by Kaiser Health News finds that 100 Million Americans are struggling with medical debt. Many of these people have insurance. 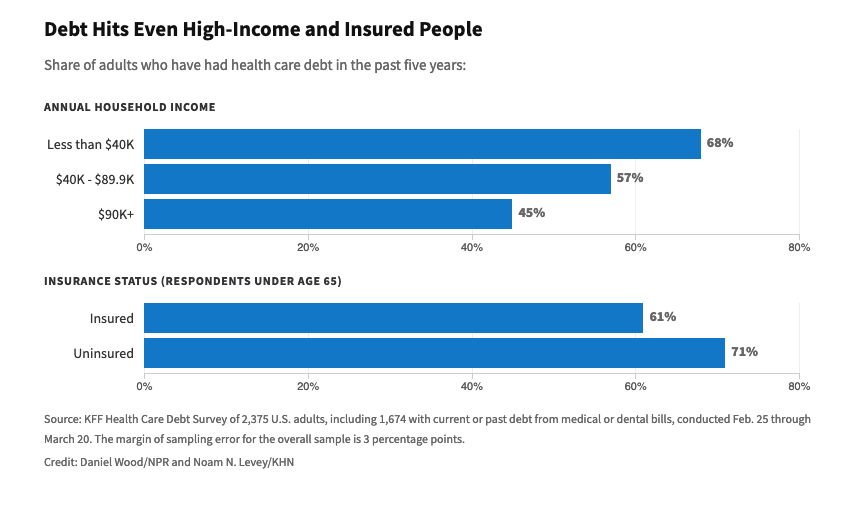 “I’m elated by the NCDP’s decision to support a universal single payer healthcare system,” says Rev. Floyd Wicker, President of the People’s Fellowship of NC and a leader in the NC Medicare For All Faith Health Caucus. “This action moves our state one step closer to realizing the dream of Beloved Community for all U.S. residents.”

Dr. Jessica Saxe, Chair of Health Care Justice NC added, “As health care professionals and patients, we recognize that a single-payer healthcare system would improve health while controlling costs, allowing choice, and promoting peace of mind. We commend the NCDP for supporting this. We agree that healthcare is not a partisan issue and would like to see the Republican party endorse this as well.”

A single payer universal health care system would also be beneficial to workers who would no longer have to fear losing insurance if their employment status changes. Dominic Harris, President of Charlotte City Workers Union, UE -150 says, “Workers all around the country have been failed by the political establishment who refuse to pass Medicare For All. If passed this popular legislation would take healthcare off the table when workers make decisions about their employment. I’m glad this policy hasn’t been forgotten, but we need actions, not words.”

The NC Medicare For All Coalition is calling on all candidates running for US Congress to pledge to fight for a universal, single payer healthcare system, that covers everyone, for all necessary and preventive medical needs, that will control skyrocketing costs, begin to dismantle racial health disparities, and ensure we are better prepared for public health emergencies. We invite any and all candidates to meet with us to discuss this issue. They can contact us at [email protected]

About the NCM4A Coalition: Comprised of more than 45 organizations and grassroots groups in North Carolina, the NC Medicare for All Coalition is uniting people across the state to pass comprehensive, single-payer, improved Medicare for All. We are mobilizing North Carolinians and pressuring our representatives to ensure that all our communities have equitable access to quality healthcare. Find a list of our coalition partners, and learn more at www.ncm4a.org.