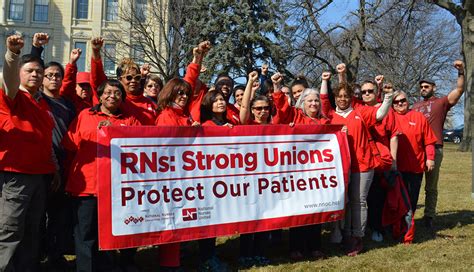 This week’s 5-minute action to support Improved Medicare for All (continue below for this week’s news about nurses voting to unionize at Mission Hospital in Asheville):

1. Register for the virtual Medicare for All 101 Town Hall August 20, 7PM learn to confidently respond to common objections like:

- Can't a public option get us universal healthcare?

2. NNU has updated their chat bot to help you have conversations about Medicare for All, bringing COVID into the conversation. Check it out and practice here! https://fightcovidwithmfa.com/

North Carolina nurses stand on the brink of a historic labor victory! We stand in solidarity with them!

On August 18, nurses at Mission Health hospital in Asheville will determine whether they want to form a union with National Nurses United (NNU), the nation’s largest RN union. Votes will be counted on September 16 by the National Labor Relations Board, which is conducting the secret ballot election.

Mission RNs, who petitioned the NLRB in March for the vote, have said they are seeking to strengthen their collective voice, with a union contract, to address critical patient safety concerns at the hospital.

At a press conference on August 5, nurses gathered outside of Mission hospital to celebrate the upcoming election and to discuss growing concerns about inadequate staffing that have resulted in an increased risk of COVID-19 exposures, incidents of workplace violence, and multiple other concerns.

“These outrageous conditions are a disgrace. There is no excuse for HCA (Hospital Corporation of America, the corporate owner of Mission) or the Mission administration to be subjecting its frontline caregivers or patients to jeopardy,” said Malinda Markowitz, RN, an National Nurses Organizing Committee President.

Hear about the unsafe situation created by HCA and why the nurses are fighting to organize a union in this short clip from the NCM4A digital rally earlier this year (scroll down for embedded video). View the full digital launch rally at www.ncm4a.org/digital_rally.

In addition to the life and death implications that the union campaign has for nurses and their patients, the labor struggle could also play a large role in expanding the Medicare for All movement in the South as NNU is arguably the most visible supporter of the popular health care reform proposal.

Although single payer is not a focus of the Mission nurses’ union campaign, the nurses often talk about how their jobs have been made impossible because of the profit motive of healthcare corporations like HCA Healthcare, which owns Mission Health hospital.

“Our campaign is an enormous thing for North Carolina and the South,” emergency room nurse Trish Stevenson told The Intercept’s Jonathan Michels and Matthew Cunningham-Cook.

“This would set an enormous precedent for change, and it could happen nationwide for nurses. Health care is in dire need of a shift away from profit-driven corporations.”

Among its many benefits, Medicare for All would provide a lifeline to struggling hospitals in rural and other underserved areas that serve an increasing number of uninsured patients. It would fund hospitals through annual global budgets that are based on community health needs, not corporate profits.

According to NNU, HCA is the wealthiest hospital system in the U.S. It made $1.1 billion in profits in the 2nd Quarter of 2020, and it received $1.4 billion from the Coronavirus Aid, Relief, and Economic Security (CARES) Act, as well as an additional $300 million since June 30.

HCA is a member of the “Partnership for America’s Health Care Future,” a dark money group mainly funded by health insurance and pharmaceutical companies, the two industries whose profits are most threatened by a single-payer Medicare for All system. It spends millions of dollars each year running ads against Medicare for All and other reforms, such as a public option plan.

As long as hospitals have a for-profit model, patient care will always be secondary to profits!